Come to Central Library in Brooklyn between August 3 and September 3. 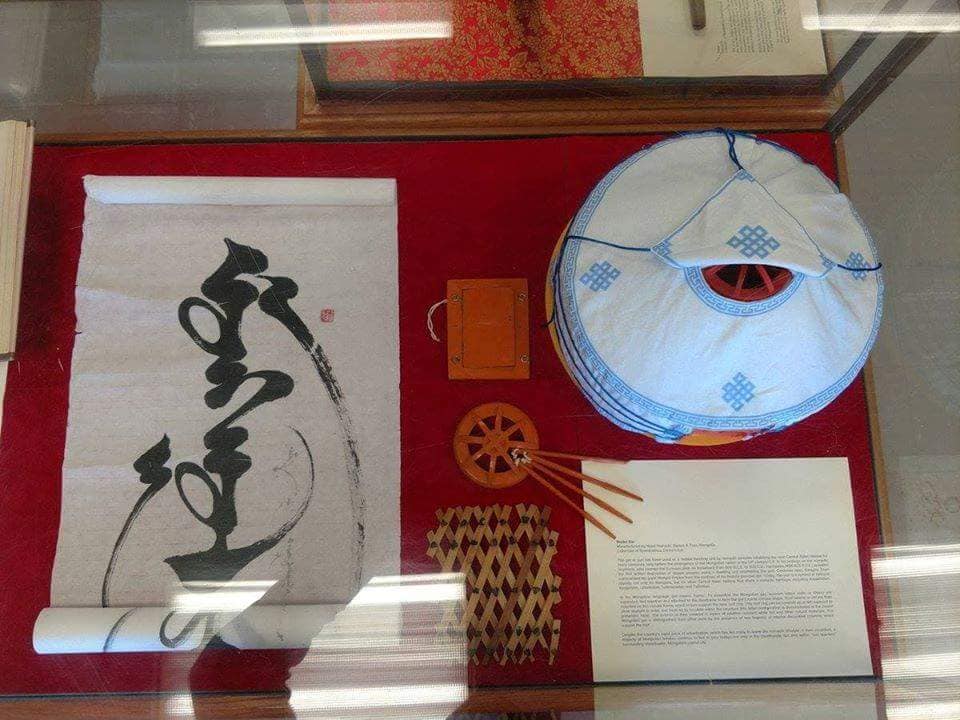 Come to Central Library in Brooklyn between August 3 and September 3.

As you know, on Saturday, July 7th, 2018, the Arts & History Division of Central Library hosted a day of Mongolian cultural programming in honor of Naadam, Mongolia’s celebrated Festival of Three Games, which took place this year from July 11 through July 15. The lauded games of Naadam, which include wrestling, horseracing and archery, honor the centuries-old traditions of the Mongolian people. This exhibit showcases four items on loan that highlight aspects of traditional Mongolian culture recognized by UNESCO for their importance to world heritage: the morin khuur horsehead fiddle and Mongolian ger (or yurt), which were inscribed into the Representative List of the Intangible Cultural Heritage of Humanity in 2008 and 2013 respectively, and the tsuur flute and a work of Mongolian calligraphy, inscribed the List of Intangible Cultural Heritage in Need of Urgent Safeguarding in 2009 and 2013. 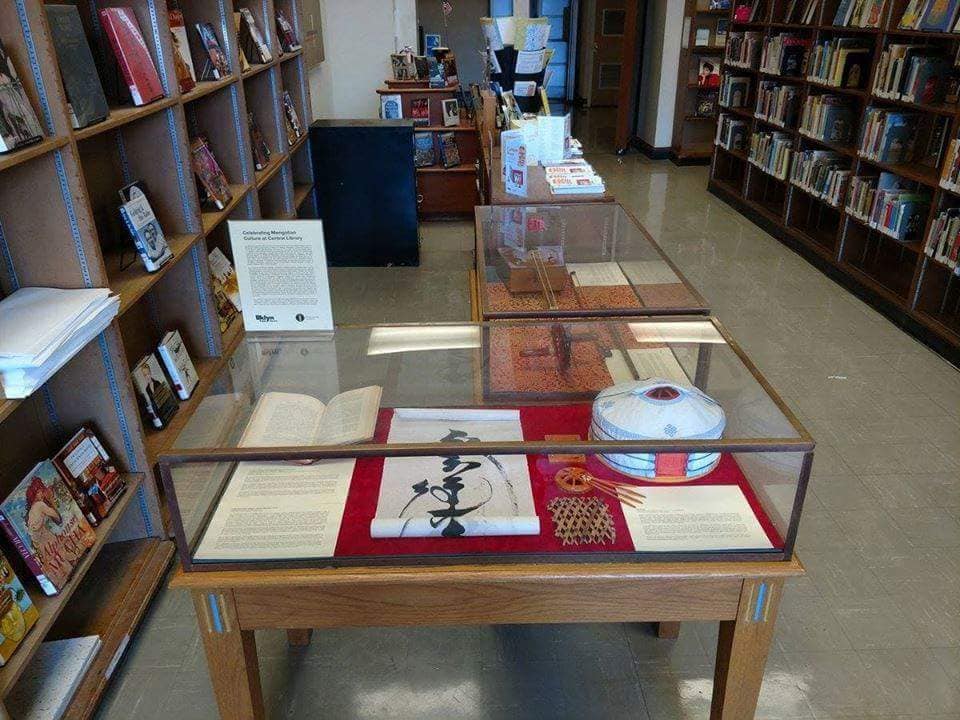 According to Mongol Heritage Foundation Brooklyn and the greater New York City area are home to some 2,000 peoples of ethnic Mongolian origin belonging to different national diasporas, including the Kalmyk and Buryat communities of Russia, the Southern Mongolians of the Inner Mongolia Autonomous Region in China, and the Hazara communities of Afghanistan and Pakistan. Although each group has been influenced by regional variations of geography, language, religion and contact with neighboring cultures, these communities are united by identification with a common ancestral heritage—a testament to the reach and influence of the Mongolian people during the era of the Mongol Empire founded by Temüjin Borjigin (1162-1227 C.E.), famously known to the world as Chinggis Khaan. The largest contiguous land empire in history, the Mongol Empire (1209-1368) and its successor states or khanates spanned the whole of the Eurasian landmass—from the coastline of China to the plains of Eastern Europe, and from the Siberian Taiga to the Persian Gulf—incorporating myriad ethnicities, religions and lingual groups within its folds. Today these Mongol-descended communities, which were themselves forged by the movements of a diverse and multicultural empire, contribute to the mosaic of globally connected communities that define contemporary New York as a world city. 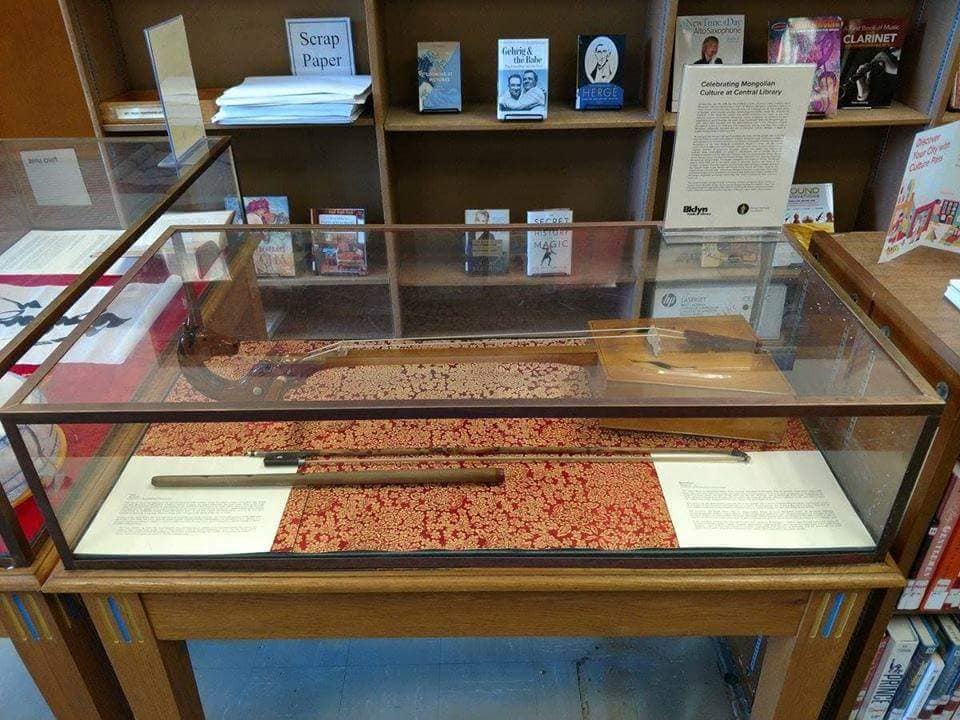 This exhibit is made possible through partnership between the Arts & History Division of Central Library, Brooklyn Public Library and the Mongol Heritage Foundation, a New York City-based nonprofit organization that seeks to “preserve Mongolian culture and history” and to “promote understanding and integration of Mongol culture within other societies.” 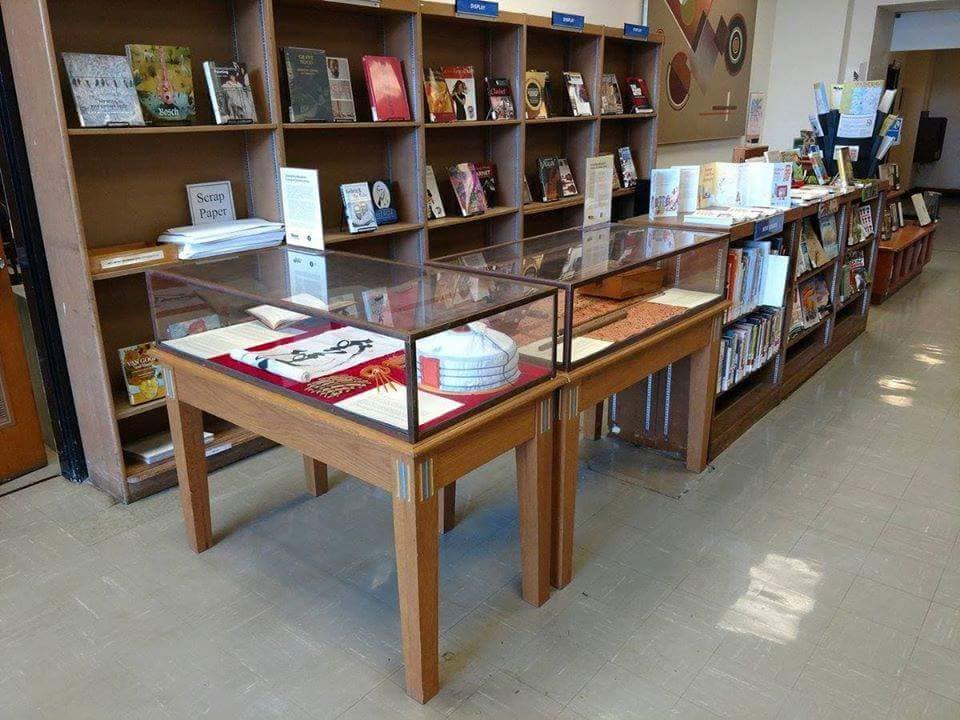 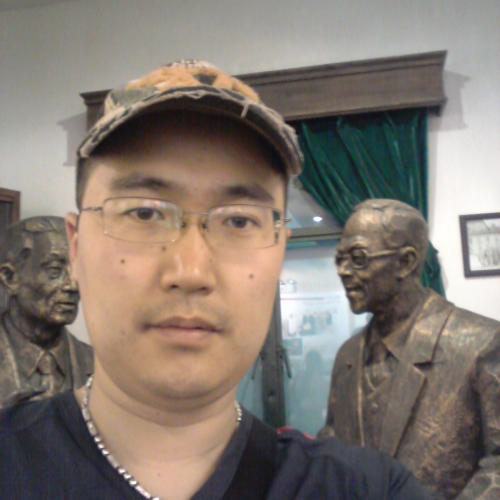